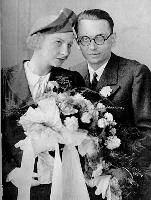 Kurt Friedrich Gödel was born on April 28,1906, in what was at that time Brünn, a city in the Austrian-Hungarian Monarchy, today's Brno in Czech Republic. He was the son of Rudolf Gödel and Marianne Handschuh and had one elder brother, Rudolf. His father was the owner of a textile firm in Brünn. After attending school in Brünn and graduating with honours, Kurt enrolled at the University of Vienna in 1923, where he completed his doctoral dissertation under Hans Hahn in 1929. In 1930 he became a member of the same university, which he would remain until 1938, the year that Austria became part of nazi Germany (the Anschluß). During these years he made several visits abroad: to the Institute of Advanced Study in Princeton, in 1933-1934, 1935 and 1938; to Göttingen in 1938 where he gave some lectures on set theory, and to Notre Dame in 1939. In 1938 Gödel married the six year older Adele Porkert who worked at the Viennese night club Der Nachtfalter. In 1940 Gödel, who after the Anschluß saw his position as Privatdozent at the university not continued and who was afraid to be drafted into the army, left Europe with his wife via the Trans-Siberian railway and arrived in the US on March 4, 1940. They settled in Princeton, where Gödel became a member of the Institute of Advanced Study, and held a chair from 1953 until his death. Gödel died on January 14, 1978.

During his life Gödel received several prizes and honourable memberships (and rejected some others). Among the prizes he received are the Einstein Award (1951) and the National Medal of Science (1974). He was a member of the National Academy of Sciences of the United States, a fellow of the Royal Society, a member of the Institute of France, a fellow of the Royal Academy and an Honorary Member of the London Mathematical Society. 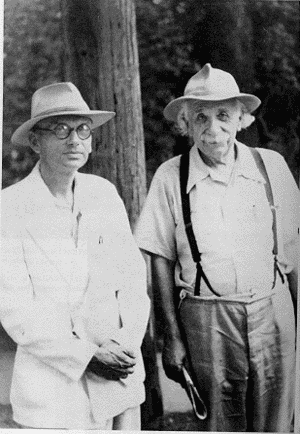 During his studies at the University of Vienna, in particular through the lectures of Philip Furtwängler, Gödel became interested in mathematical logic, the field to which he would make his major contributions. In his doctoral dissertation under supervision of Hans Hahn, he proved the completeness of first-order predicate logic, that states that any sentence that holds in every model of the logic is derivable in the logic. His dissertation was finished in 1929, and the result was published in 1930 [Die Vollständigkeit der Axiome des logischen Funktionenkalküls. Monatshefte f. Math. 37, 349-360. (1930)]. In 1930/1931 Gödel proved his most famous result, the incompleteness theorem. It states that any not too weak formal theory, in particular any reasonable formalization of number theory, cannot prove everything that is true, i.e. such theories are necessarily incomplete. The result was first announced by Gödel at a meeting in 1930 at Königsberg, where also Hilbert and von Neumann were present, and was published the following year [Über formal unentscheidbare Sätze der Principia Mathematica und verwandter Systeme. I. Monatsh. Math. Phys. 38, 173-198 (1931)]. In 1935 Gödel established the relative consistency of the axiom of choice, and in 1938 that of the generalized continuum hypothesis [The consistency of the axiom of choice and of the generalized continuum-hypothesis. Proc. nat. Acad. Sci. USA 24, 556-557. (1938)]. From 1940 on, at Princeton, his interests turned more to philosophy and physics. In the 40's he demonstrated the existence of paradoxical solutions to the field equations of Einstein in general relativity. Gödel's last paper appeared in 1958.

A more extensive biography can be found at the MacTutor History of Mathematics archive at this page, which also provides a list of papers on Gödel, and the obituary of Gödel in the Times.

The collected works of Gödel have been published at Oxford University Press:

The Kurt Gödel papers were donated by his wife to the Institute for Advanced Study in his memory. The web page of the archive can be found here.

The Kurt Gödel Society maintains a library containing about 30 books as well as the Journal of History and Philosophy of Logic. The library is accommodated at the library of the Department of Mathematics of the University of Vienna.